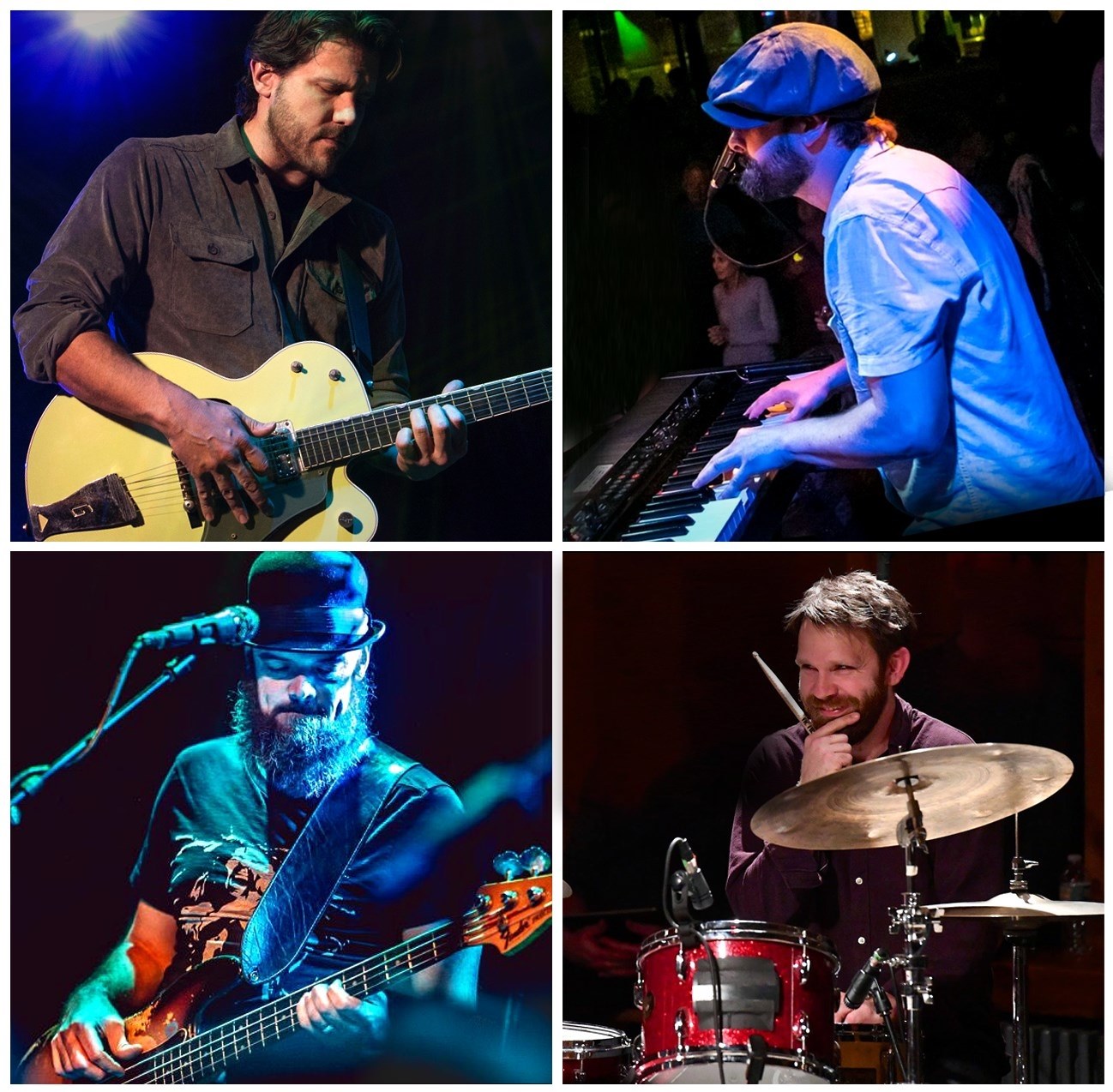 He has performed at Carnegie Hall and the White House in addition to countless clubs and venues across the US, Canada and Europe. Equally comfortable on the both the acoustic and electric bass Adam can supply tasteful melodic nuances that are just as powerful has his deep-pocket deliveries. He consistenly supplies a keen intelligence and a fierce, natural musical intuition. With influences as varied as Pino Paladino and Arvo Part, Adam is an eclectic and exciting musician that has tackled a diverse range of styles including funk, jazz, folk, rock, roots, blues and classical. His tasteful and soulful bass playing along with his stellar vocal harmonies have added a crucial component to the band’s unmistakable sound.

Warren attended the Edna Manley College of the Visual and Performing Arts, where he studied classical piano performance and maintained honors-level standing throughout all 4 years.

He was selected as one of the six students to win the Caroline Camron Gregor Travel scholarship which brought him to Alberta, Canada for a piano master class, recording session and recital concert. He graduated from the Edna Manley College at the top of his class and received the Dean’s award, the music talent award, and was selected as the valedictorian for the class of 2008.

Warren graduated with honors in May 2013, earning a degree of Bachelor of Arts in Classical Piano Performance from the University of Southern Maine. Warren also serves masterfully as Musical Director of the Church Band, as well as the Men’s, Women’s, Young Adults, A Cappella, and Mass Fellowship Choirs of the Green Memorial AME Zion Church (Portland, Maine).

At age seven, Reed started out playing along to Rolling Stones records and later began emulating grooves from The Police’s ground-breaking “Outlandos d’Amour” as well as the seminal “Led Zeppelin 1.”

After receving a formal education in music attending the Los Angeles Academy of Music in the mid-ninties, Reed spent time touring as a drummer with songwriters and performing in various bands in the northeast. He then moved to Nashville where he fine-tuned his skills in recording sessions for roots and Americana artists.

Reed’s musical influences range from funk, reggae, hip hop, rock, folk to R&B. Regardless of the style, Reed provides the rhythmic foundation of the band weaving grooves in and around the sound. Keenly aware of the intricacies of song structure and melody, Reed’s playing provides the perfect compliment to Jason’s subtle vocal style & guitar work and Adam’s uniquely original approach to the bass.